I had recently began casting plaster wreaths from an old ceramic funerary wreath I had bought in Paris near the Père Lachaise cemetery. A fairly common object of remembrance in Parisian cemeteries, I was drawn to the wreath’s circular form with it’s symbolic associations of remembrance and the eternal.

In mid February 2005, after having made 60 wreaths from the single original mold, I had the idea that brought the components of the installation together: From the beginning, I had been following the war in Iraq. After the Iraqi elections in January and the subsequent rise in violence and casualties of both US soldiers and Iraqi civilians, I wanted to express the relentlessness of the war. This found its manifestation in the tangible form of the wreaths and the markings on the calendar illustrating the sheer numbers of dead. 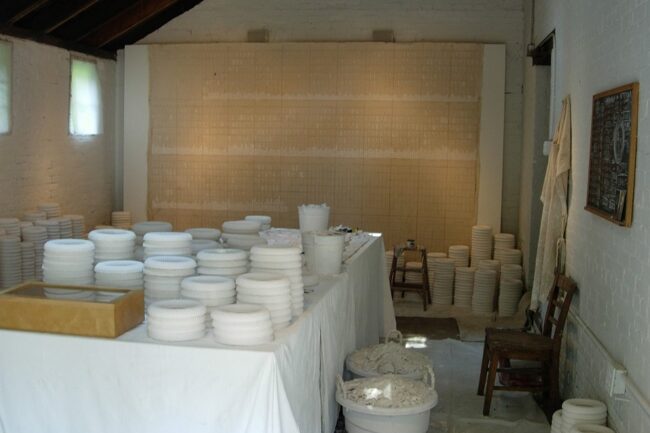 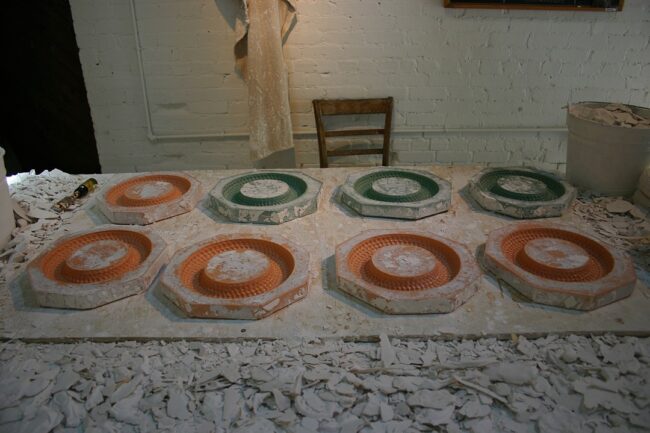 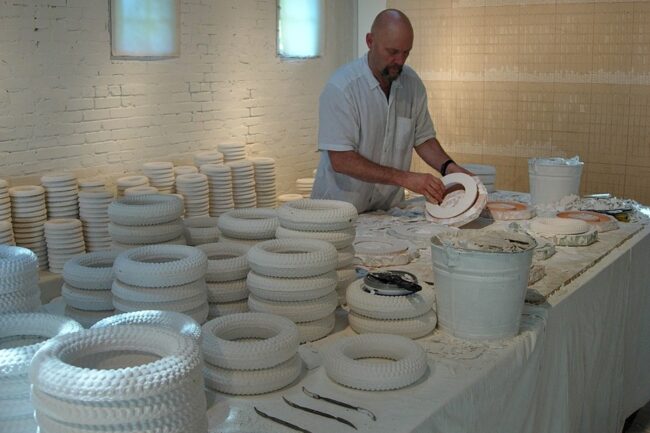 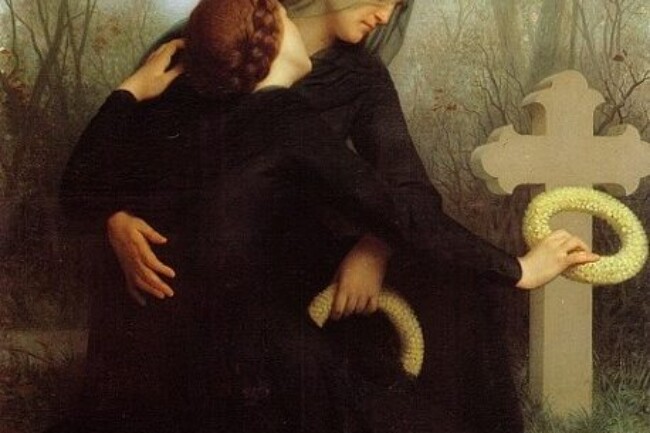 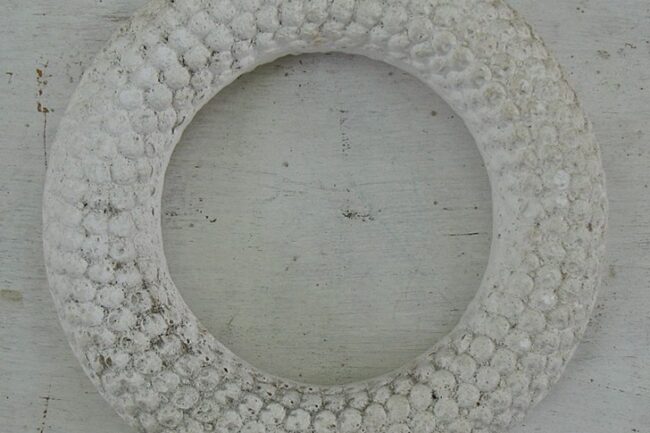 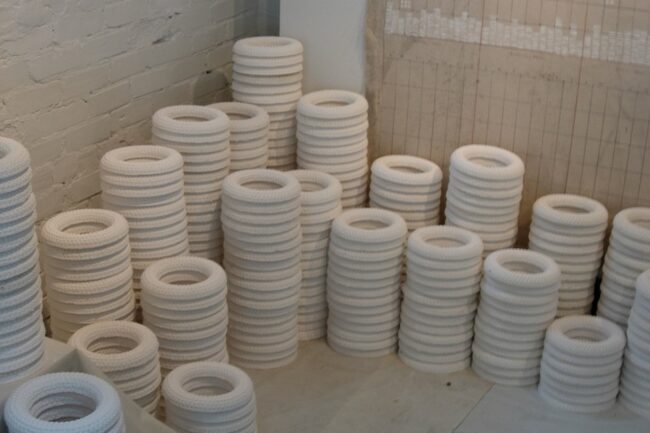